After purchase you get access to the full video stored on your computer!

This is the first episode in a 12 part series of tutorial videos dedicated to Trance Music Production. This series will cover every aspect of music production (apart from Mastering) and will continually develop your skills when applied correctly.

In this episode Adam shows us how you should use a “Starting Template” when making trance music. A starting template already contains the main channels, groups, busses, send channels and FX chains laid out before you start working on your track. This allows you to save your time for working on actually making music, rather than preparing all the routing, busses, channels, that you’ll inevitably have in your finished production.

Who is this tutorial for?

This tutorial is for artists who want to work faster and improve their sound at the same time. It’s aimed at Logic Pro X users, but the tricks you will learn can also be applied in other DAWs. What You Will Learn

In this 50 minute long video, Adam will show you:

– The Logic Pro X starting template he uses in all of his tracks
– How to save tremendous amounts of time for your upcoming productions
– Preparing all the required FX chains on each channel
– Preparing the general EQ settings for each type of channel (kick, mid bass, sub bass, leads, etc.)
– How to prepare the mixer to allow enough headroom at the end of your mixdown
– How to save CPU & control your sounds easier with bus channels
– Preparing side-chaining settings for all channels, making sure you get a clean mix
– Preparing reverb & limiter settings on your different busses
– Preparing your vocal channel(s) : compression, EQing, reverb, limiter
– Keeping the project clean with Track Stacks
– Getting huge atmospheric sounds for the background of your tracks using Omnisphere & reverb
– Setting up send / return channels
– How to manage Reverb rooms to get a cleaner mix
– Adam’s tips to keep your Logic Pro X projects organized and neat, helping you work faster
– How to actually use the template for starting new productions

You can watch this video and prepare your own starting template based on Adam’s instructions in Logic Pro X. That being said, if you want to save even more time, you can use the starting template directly included in this package (the project created by Adam Ellis in the tutorial). The starting template doesn’t have any sounds loaded into it. It was designed to be a basis for all your upcoming tracks.

– The video tutorial (50 minute long , 720p quality, in english)
– The Logic Pro X starting template Adam uses in all of his tracks

I’m using another DAW, not Logic Pro X. Can I still benefit from buying this tutorial ?

Yes, you can still learn the concepts and techniques that Adam uses in his productions, and apply them in your own DAW. 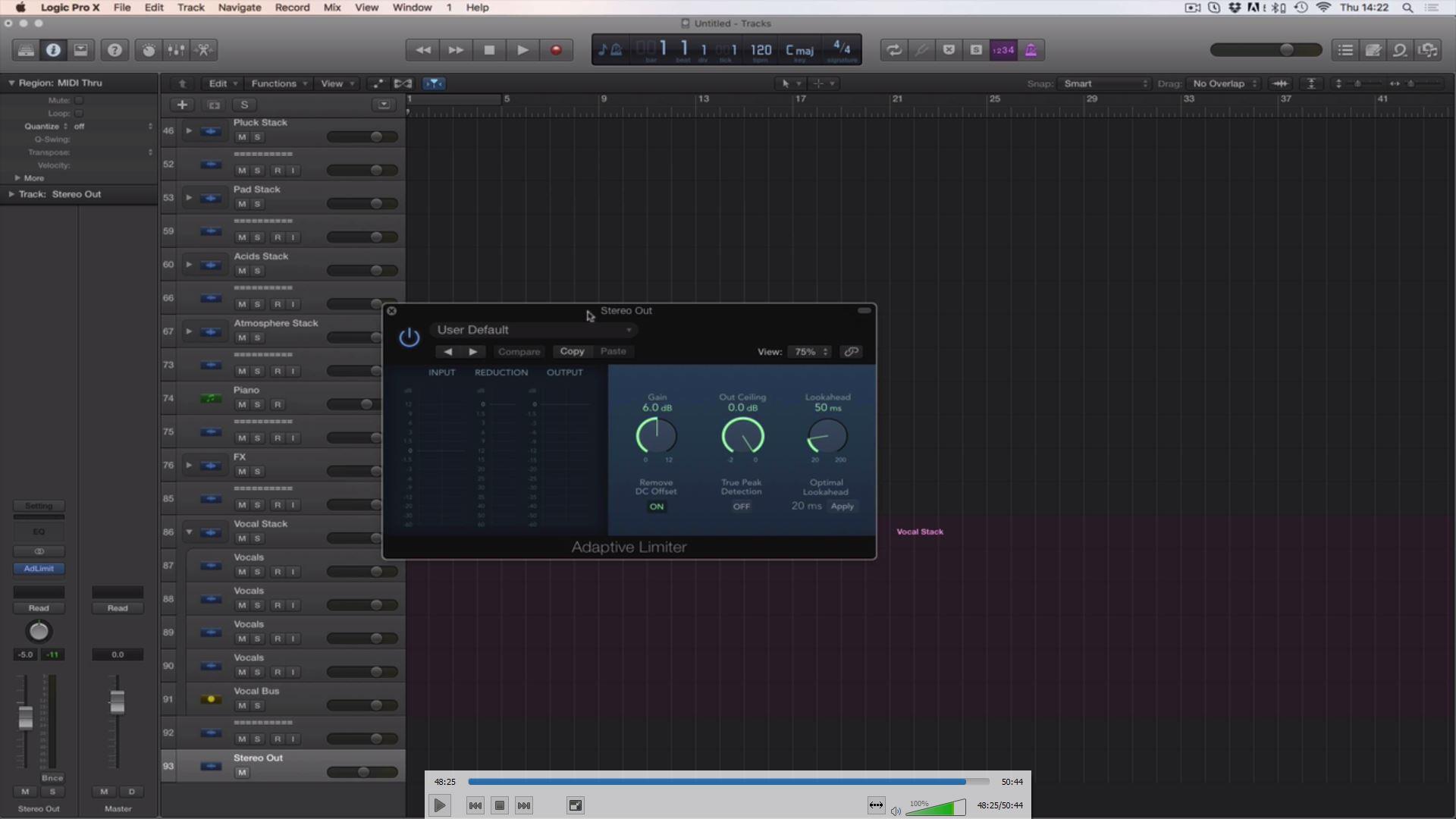 Powerful, euphoric melodies and relentless energy are only some of the illuminative qualities that Adam Ellis contains within his own special blend of euphoric Trance, and his rising reputation has become synonymous with the elite, international Trance fraternity within the last two years. Born and bred in Sheffield, England, (where the first, legendary Superclub, Gatecrasher One, was born), his humble upbringing has culminated into the quintessential underdog story where hard work and driven ambitions has ultimately brought about huge successes within his short career.

Harboring a fierce passion for music, Adam dedicated many years to music production before making his first major impact with a fantastic remix to the seminal Planet Perfecto classic, ‘Bullet In The Gun’. Adam graciously reworked the iconic hit into a modern, peak time floorfiller, and reaped huge support by the main man himself, Paul Oakenfold. Additionally, this breakthrough remix was personally selected as an exclusive addition to ‘Perfecto Records Collected – Volume Three’ mix compilation. In the way of original productions, Adam delivered a fierce opening act with his debut single of ‘Napalm Poet’ on Kearnage Recordings in the Summer of 2013, and it quickly became a feature track in the sets of many leading artists including John O Callaghan, Bryan Kearney, Aly & Fila, Simon Patterson & Armin van Buuren, (to name a few). This was Adam’s first number 1 track on Beatport and was one of the highlights in the finale of the ASOT 600 celebrations at the Who’s Afraid Of 138?! Stage. Even today, many diehard Trance fans consider this single to be one of, (if not the best), Uplifting productions of 2013.

What followed after his success with his 2013 single debut was his Subculture premiere entitled ‘Mandarine’, which also topped the Beatport Trance Top 100 charts and was supported by Manuel Le Saux, Richard Durand, Indecent Noise and many more. Adam then went on to produce two more Top 10 singles in 2014 including his astonishing follow up from ‘Napalm Poet’ of ‘Agent Orange’, and has had nearly every single of his career played on ASOT. As far as collaborations go, Adam has worked with 2 of the leading names in the Trance scene today with Bryan Kearney & Menno De Jong and their combined might has brought about the classic remix of Conductor & The Cowboy’s ‘Feeling This Way’ and the wondrous collaborative single, ‘Solicitude’, (respectively).

He is also well known for his stellar remixes of John O Callaghan’s ‘Big Sky’, Menno De Jong’s ‘Creatures Of The Night’, and these reworks strive to further showcase his signature, Uplifting sound. Lately, his remixes to Mark Sherry’s A Star With A Star and Jordan Suckley’s Contaminated have been fantastic additions to his growing discography, and his reworks of Liam Wilson’s Kiss and Lange & Susana’s Risk Worth Taking were featured on Solarstone’s Pure Trance Vol. 3 and Lange’s We Are Happy People remixes album.

As a DJ, Adam intense vigor for the vintage sounds of Uplifting and Tech Trance has culminated into a stunning array of music that extends from iconic classics from artists such as Giuseppe Ottaviani and Aly & Fila to the latest in cutting edge Trance sounds. Fueled with fire and power, his relentless display of mighty melodies and spellbinding breakdowns have brought about amazing reception for his fans, and has allotted him certain opportunities to play at some of the world’s biggest clubs, including his recent debut at Cream, Amnesia in Ibiza, which is considered one of the biggest arenas for Trance in the world.

As one of the rare breed of producers who writes 100% of their own material without the help of engineers or ghost writers, Adam has many more projects in the works to be released on Kearnage Recordings, AVA, Damaged, Outburst, Pure Trance, Blackhole Recordings and much more. With the future looking exceptionally bright for this young underdog, the start of 2015 is only going to add fuel to the growing movement behind his music and unite them within his revitalised golden age of Trance.